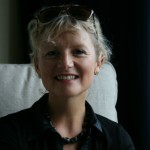 The role of patient empowerment in quality, sustainable healthcare systems of the future

Nicola Bedlington was born in the UK in 1965. She studied business and human resource management in the UK. She was appointed the first Director of the European Patients’ Forum (EPF) in June 2006, and became Secretary-General in October 2015. As part of this role, she is the Coordinator of the European Patient Academy on Therapeutic Innovation. Previously, Nicola led the European Disability Forum as its first director, worked as an external expert for the European Commission (Social Affairs and Employment), and led an OECD network on education for sustainable development. She has also worked as an independent consultant and evaluator on EU social policy and development issues. 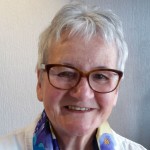 Future Healthcare – From certainty to uncertainty and back

Jacqueline Filkins is an Independent Adviser within the EU on matters relating to Nursing and Education. In 2015 she was elected Hon. Fellow of the University of Cumbria in recognition of her outstanding contribution to nursing leadership, education and governance both nationally and internationally. Jacqueline Filkins studied at Birmingham University (School of Public Health) and University of Brighton. She trained as a nurse in Switzerland. Following her nursing education she worked with her husband for several years in Africa and Madagascar and later developed her clinical and academic career in the UK. She has held Board level positions as Executive Director of Nursing, as Dean of Faculty of Health and Social Care and latterly as Non-Executive Director of Cumbria Partnership NHS Foundation Trust. Her background included posts as Senior Clinical Nurse and Hospital Manager as well as a number of honorary appointments relating to nursing and health education. She holds the position as Associate Mental Health Act Manager in Cumbria. Jacqueline Filkins is co-founder and Hon. President of the European Nurse Directors Association (ENDA) and is a member of Hospice at Home, Carlisle and North Lakeland and Patron of the English for Nurses organisation. 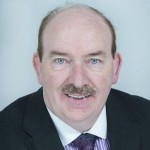 Gerry O’Dwyer is currently President of the European Association of Hospital Managers (EAHM). Previously, he was the Vice-President of the EAHM and is also a past President of the Health Management Institute of Ireland (HMI). Mr O’Dwyer is employed as the Chief Executive Officer of the South/South West Hospital Group (SSWHG) and is based in Cork, Ireland. A long term health service manager, he has held many senior roles in Ireland including Regional Director for Performance and Integration, HSE South; Regional Director of Operations in Dublin Mid Leinster; and Hospital Network Manager for the acute hospitals in HSE South. He has also held the position of Chief Executive of Crumlin Children’s Hospital, Dublin, the Deputy CEO at Cork University Hospital Group and the Director of Nursing in the former Southern and South Eastern Health Boards. Mr O’Dwyer is a member of a number of National Healthcare Groups and review teams.  He is presently honorary Director of Education for the Health Management Institute of Ireland. He is also former president of the EAHM Scientific Committee. 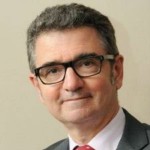 How future trends in Oncology may impact hospital organisation

Eric Félix LARTIGAU is the current General Director of the Oscar Lambret Cancer Center and  Director of the Comprehensive Research Center SIRIC-ONCOLille. He is born on July 3rd 1959 in Brest and is married to Isabelle with 3 children Thomas, Guillaume and Oriane. He loves reading, architecture, sailing and Jodo. He has been trained to radiation oncology since 1983 at the Institut Gustave Roussy and has been appointed in 1999 as Professor in Radiation Oncology  at the Lille II University. After his PhD Thesis in Sciences in 1994 with an European Label (Paris-Sud University), he obtained an Accreditation for research supervision in  1996 (Paris-Sud University) and a University Degree in Health Economics (Paris VI University – France) in 2000. He has been active at national level as President of the French Society of Radiation Oncology (SFRO) in 2010-2011 and at European level as Vice–Chairman of the European Network for medical radio-Isotope and beam research (EMIR) in 2002? and as Secretary of the European Society for Therapeutic Radiology and Oncology (ESTRO) from 1997 to 2003. He has published more than 200 articles (pub med) and 39 books and chapters. 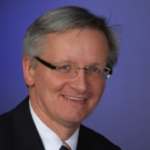 Innovation in Imaging – What will happen in and with Radiology?

Professor for Radiology and Leader of the IT-group since 2006 at the Dept. of Radiology (Chair. Prof. Dr. Düber), University Medicine Mainz, Germany — Member of DRG, ESR, RSNA — Chairman ESR ICT Subcommittee since 2008 to March 2011 — Chairman ESR MIR (Management in Radiology) Subcommittee since March 2011 — Representative for ESR in IHE-Europe and Member of the Executive Board of IHE-Europe and in the DICOM Standards Committee — User-Cochair DICOM Standards Committee 2002-2006 — Member of the Scientific Board of the European Board of Radiology (EBR) since 2012 — IHE User-Cochair since April 2013
Clinical and Research Interests and Activities: Cardiovascular Imaging, esp. Cardiac CT and CT-Angiography — Oncology (incl. Development of measurement tools together with MeVis, Bremen) — Emergency Radiology — PACS and eHealth, eLearning, Management
Publications: more than 100 papers in peer-reviewed journals; more than 150 scientific lectures; 7 book chapters; reviewer for different international journals
Co-Founder of two smaller spin-off companies 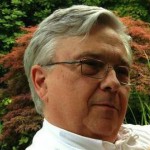 Primary and Hospital care, the future of collaboration

Doctor in medicine, University of Lausanne, 1982. Chargé de cours, University of Lausanne, 2009. Institute of Family Medicine. Member of research Unit
1977: Federal diploma of physician – University of Lausanne
1985: Title of specialist in general medicine. Today general internal medicine
1985: Opening of a group practice in Lausanne, today with 3 doctors
2000: certificate FMH psychosomatics and psychosocial medicine
2012: training in qualitative research – institute of general practice Antwerpen
Political, associative and professional activities:
1994-2000: member and secretary of the committee of general practitioners (canton de Vaud)
1998-today: Member of the board of the CAS (Certificate of Advanced Studies, University of Lausanne and Geneva) in psychosomatic and psychosocial medicine
2000-today: Redactor of Primary and Hospital Care, journal of Swiss general internists
2001-today: Head of the Swiss delegation of UEMO
From 2015: Vice-President of UEMO, European Union of Family Doctors 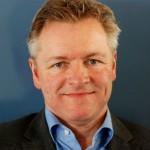 After studying Economy at the University of Amsterdam, Aad Koster was employed at the Netherlands Institute for Working Conditions (now a division of TNO, the Netherlands Organisation for Applied Scientific Research). From 1990 till 1994, he worked as policy advisor economics and finance at the former Dutch Care Federation and was associated, among other things, with collective bargaining. Later he joined the National Association for Home Care (the predecessor of Z-org), where he held the position of head Employer’s Affairs, later becoming an assistant director, moving on to become a director with Z-org. From 2008 until 2015, Aad Koster was CEO of ActiZ, an organisation of entrepreneurs in care. Aad Koster held also the position of town councilor between 1993-2002. During this period he replaced the alderman for Care and Welfare for almost 18 months. He has also been administrator for several sporting organisations. From January 2016 Aad Koster has several activities as an entrepreneur, advisor and member of Supervisory Boards of care organisations. He is also president of the European Association of Homes and Services for the Aging.

Presentation of the project “Illumin’art”

Founded in 1999, Art dans la Cité (Art in the City) aims to introduce contemporary visual arts in hospitals with the support of emerging artists of international fame. Its ambition is to contribute to the well-being of the patient, to accompany and enhance its hospitalisation, as well as to contribute to the living and working conditions of the hospital staff, through the collective creation of works permanently installed in the reception areas and life of the hospital. Illumin’art, the “Interactive Musical Planetarium”, is an interactive audiovisual installation thought as a space for creation, expression and contemplation. It represents a starry sky that visually and musically responds to different forms of interaction with the audience and actors. By interacting with the sky, children are more attentive to their movements. The device is sensitive to physical postures and movements of the body but also to facial
expressions and physical expressions that have a direct impact on their psyche.